Sage : Life in the squeezed middle 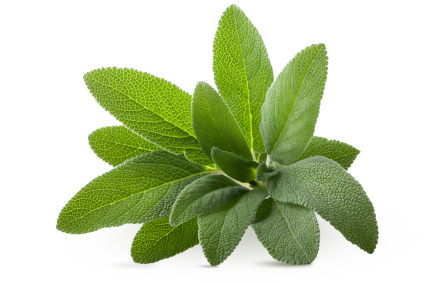 So how has one of the darlings of the 90’s UK corporate world found itself squeezed in the middle?

We saw yesterday Britain’s largest software company announce that underlying turnover had grown by 2% in the 1H with sales of licences dropping 4%. On the ‘upside’ they stated that subscription revenues were growing well (albeit with new subscribers down on a year on year basis).

These have to be a less than stellar set of results and show what is happening in the ‘squeezed middle’. Sage has its legacy in the Small and Medium (SME) business space, which is after all what propelled its growth and success in the 90’s, yet on its ascendency it seems, largely through acquisition, to have collected 270+ products and ~70 development platforms. At the same time it has focused on the big corporates who ‘want’ large complex ERP systems and then assumed that SMEs want scaled down versions of the same. How wrong that assumption may turn out to be.

At the top end, its ERP offering is bumping up against SAP, Oracle, Infor and Microsoft (who it has just announced it it now partnering with) who have more global reach and some of whom have been innovating hard in the last few years against more focused strategies.

At the bottom it is up against some innovative new offerings in the SME space either in the form of web-based tools, which are platform agnostic, simple to use and linked into an open ecosystem of other innovative tools, or service based offerings that bundle company admin, with accountancy advice, and an on-line accountancy tool. Either way the market at this end has been re-designed to reduce the cost to businesses through a different blend of technology and people.

What compounds the issue is that during the same period the adjacent space in the middle ground has been filled by other credible innovations and players in areas such as on-line payment, physical payment, trading platforms, and information management, hemming them in further, and in parallel with product innovation the business models have changed.

It is probably this last point that has really caught them out. Their past success has been built on delivering ever increasingly complex and function rich products delivered as a package (often in a physical box). At the lower end of the market, which is their traditional market, increasingly what people want is a modular approach with simpler functionality delivered as a part of a self tailored ecosystem allowing them to commoditise tasks and rely on professional advice when it is truly value adding. The mindset and approaches of this, from development through to delivery, is fundamentally different to that of a traditional software business and requires the architecting of a wider ecosystem.

Just re-focusing the R&D £ or $ on the more profitable areas based on today’s world will be unlikely to cause a significant inflection in Sage’s performance, what they will need is a more fundamental review, which takes R&D wider that just product and into the non-product innovation space. Having spent time in the aviation business shrinking a 120 seat aircraft to be a 100 seat aircraft is rarely successful as you tend to end up with the weight and performance of the original but with the economics of the smaller. The same tends to be true with software and therefore when the leadership announce their new plan on July 17 we could well see a more radical and differentiated approach to the top and bottom end of the market. That will result in some difficult decisions for them in terms of strategic focus, portfolio, and then the mindset of the business(es?).

Having been a significant player in the software business for 30 years is no mean feat and I hope that they manage to regain their success, however, as with many companies before them it just shows that irrespective of the quality of the products, both today and the future innovation in terms of business model is equally as important and requires a different mindset, skillsets and toolsets.

The Power of Design Thinking – a differentiating skill
July 8, 2014