The importance of Behaviours in a Techno-enabled World

You are here:
Functional InnovationTransformational Programmes 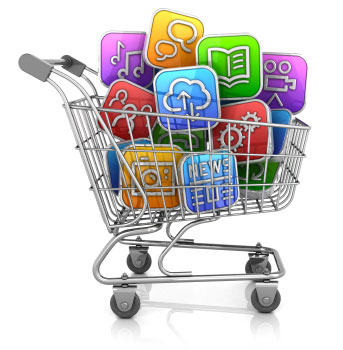 Quite a catchy headline in Fast Company where yet again a child had been let loose with their parent’s iPad and had managed to rack up a big bill.  In this instance Apple has agreed to refund the money, however, as they pointed out the adults had entered the passcode designed to stop this happening before giving the iPad to the child.

In our ever increasingly techno-enabled world where devices are ever more intuitive we assume that technology will solve all.  As the situation above highlights whilst technology is a key enabler, we have to think about the role that behaviours take.  As we expect technology to support increasingly complex tasks for us, we are expecting designers to make interfaces more intuitive in order to hide the complexity.  This is great for users and also for service providers and sellers, who are looking to try and make the journey to purchase increasingly simple.  In doing so ensuring that we are able to commit to a purchase as quickly and easily as possible.  Herein lies a tension and a balance that the designer can only predict so well in mass market devices.

Another example is where social media sites with 100’s of millions of users are trying to make available an ever wider set of functionality.  In order to allow users to tailor the blossoming functionality to their particular use profile, the complexity of the visibility/privacy settings has gone up significantly.  In some cases it is now so complex that it is too much for most users bother to understand and there are many very public examples where people haven’t quite got this right.

We can all probably relate to both examples, however, it is equally relevant to the business world.  Most organisations are looking to technology to automate increasing levels of activity.  If we truly want to unlock the power of this automation then we will increasingly need to look at technology in a more holistic way considering how we need to adjust the organisational culture and our own and our teams’ behaviours to marry up with the technology and vice versa.

Yet when you look at the vast majority of projects in this areas organisations will project manage the technology to the lowest level, however, they leave the human elements to chance in relative terms.  Only when organisations bring all of this together, increasing the effort and focus on the holistic solution will they be able to unlock step change performance improvements.