You are here:
Functional Innovation 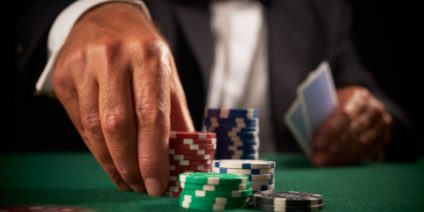 When I read Mat Honan’s article earlier this week it certainly hit home the potential risks associated with life in the cloud.  For those of you who didn’t see the article, Mat, a journalist at Wired magazine, found that his Twitter and Gmail accounts had been hacked, and he found out when his computer and phone were remotely wiped using his iCloud account.  What made it more important was that the hackers hadn’t used sheer computing power to crack the passwords, they had taken the time to understand the security processes that Twitter, Amazon, Google, and Apple use.

They managed to find a way of playing the four companies off against each other to piece together enough information to take over the Twitter account which was their real target.  A lesson for us all, and if you’re suddenly feeling rather vulnerable then have a look at the Guardian article which may help you sleep tonight.

Whilst important from a personal level, and much has been written about that this week, it is also important at an industry level.  We have been ‘educated’ that the cloud is the way forward, and it certainly has benefits.

In the rush for market share, the companies on the cloud bandwagon, however, have focused on the user experience, the and the robustness of their data security from a physical perspective, in an individualistic way in order to create competitive advantage.

In this rush, and the competition around it, what this week has shown is that they have missed the real risk that affects all of them equally.  The risk that the consumers lose faith in their ability to store their treasured and valuable documents and photos.

If only, amongst the competition, the main players had thought to look at the industry level risk and then collaborated in that area, where success was fundamental to ‘the cloud’ rather than giving any one company an advantage then it is likely they would, themselves, have seen the fundamental flaw in their collective approach.

It’s always easy in hindsight, and I’m sure we’ll now see a rush towards two-factor authentication and biometric log-ins.  Whilst this would be a good step forward, what is really needed is two fold.

Firstly, companies to wake up to the importance of commercial innovation in terms of the processes, information flows and the like, that are increasingly important in the world and to invest a higher proportion of resources in that area.

Secondly, in a competitive world, organisations need to ensure that they aren’t blinded by competition and that they seek opportunities to collaborate when the potential risk is wider than just themselves.  It is a real skill to be able to compete with someone one day and collaborate the next, but one that is increasingly important in an increasingly open source world.