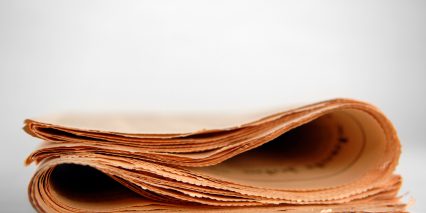 It’s often said that the UK is a hotbed of invention but lacks the skills to match it with innovation.  As a nation we are probably stronger in invention than innovation, however, you only have to look at a business headline that largely went under the radar a couple of weeks ago to see an example of what is possible.

When you think of the Financial Times brand you think of words like trusted, reliable, factual, data, and of course you think of the salmon pink paper that it is printed on.  Among the  FT’s parent, Pearson’s, recent half-year results was an interesting statement that “FT digital subscriptions up 31% and now exceed print circulation“.  The fact that digital subscriptions now exceed print circulation is no accident, it is the outcome from a strategy that was mapped out some 5 years ago.

Whilst digital subscriptions are up 31%, overall subscriptions are only up 2% and what has happened, partly by design is that subscribers are moving from print to digital.  The benefit of this is that it has allowed FT to re-assess its approach to news reporting and journalism.  With digital what it has allowed it to do is move from a one size fits all, push style of journalism to a blended style where increasingly content is tailored to the reader.  The digital environment has allowed them to understand better their readership, adding context such as the reader’s location, profession, and their likes and dislikes.  This in turn allows them to provide a service that takes their traditional data and raise it to information or knowledge status which is inherently more valuable to users.

A key component of the strategy and the new business model is the paywall approach, which back when it was implemented was conceptually a risky move as people were mixed in their view with a large camp of the opinion that the internet allowed users to access any information for free if they wanted to look for it.  The advantage that FT had was in its core brand, it had trusted content.  Looking at the traditional subscriber base it is evident that this is what they rely on and therefore it is not surprising that they were willing to pay for this credibility.

As the overall publishing industry evolves, the issue of trust and credibility will likely be a key driver for an increasingly fragmented sector.  We will likely see publications such as academic publications such as text books moving to a business model that drives a premium based on credibility of content, which in turn will allow for an investment in richer content.

At the other end of the spectrum we will likely see a proliferation of self authored publications be they blogs, e-books, or e-zines where content is free or low-cost  but where people accept that the quality may be variable.

Looking at the premium model, such as the one that the FT has created, we will see and value skills such as curation, editing, and visualising as key and be increasingly willing to ascribe value to them.

FT is obviously still on a journey and we will see the relative importance of digital continue to grow.  What we will also see is a role model in the space and a case study of how to re-invent an icon for the next generation.