Intellectual Property – A Game of Monopoly?

You are here:
Commercial AgilityInnovation Process 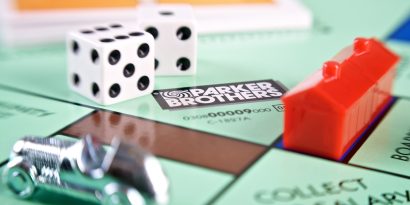 Sitting on a long-haul flight can be a great opportunity to break from the connected world.  It forces you to reconnect with things like books, newspapers, and magazines in a way that you don’t when time is at a premium as it so often is.  In reality it means for me that I actually read an article rather than skim read for it and in doing so I pause more to think about the connections and implications that the new knowledge can bring.

Over the last couple of weeks there have been many screen inches written on the jury verdict in the Apple vs. Samsung case in California.  Whilst the potential damages awarded against Samsung are material and eye watering to most companies, there is more at stake than this.

My trigger for this piece was a great article by Sebastian Malleby in the FT entitled “American law is patent nonsense”.  In the article he rises above a lot of the rhetoric that I have seen about the judgment, and uses a newly published paper that puts forward the idea that the right policy for Silicon Valley might be to grant no patents whatsoever.

The logic behind this bold statement being that technology innovators are adequately rewarded by the first-mover advantage, which the article backs up with examples.

It highlights that unlike the pharmaceutical industry where new drugs require significant investment in field trials, most technology innovations do not, and therefore whereas to incentivize investments in new drugs a patent, which in effect grants a closed ended monopoly, is required, in the technology space this argument doesn’t hold up.

With technology companies putting in for what seem to be ever wider patents, we have to think about the impact of this.  Traditionally, a patent has been granted to something that is truly ‘novel’ and whilst some of these more recent patent applications may be novel the reason for applying for them may not be to then take them to market but to block others out of a market.

Perhaps the level of protection should be linked some how to the economics of an idea, balancing the amount invested, or needed to get to market, and the size of the entity submitting the patent.  Or maybe a ‘use it or lose it’ approach where if a wide area patent isn’t actively used within a period of time then it should lapse.

One thing is for sure, moving forward this issue will be a long and protracted process and could benefit from a dose of commercial innovation itself.