Can You See What it is Yet? – The Power of Systems Level Thinking 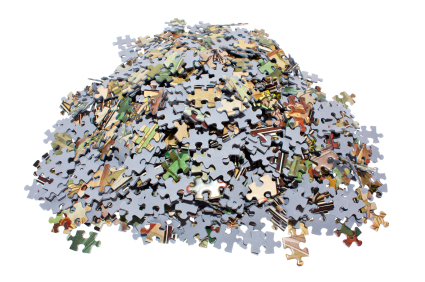 It’s hard to envisage a world without mobile phones, but they have only been around for some 20 years.  I remember back in the 90’s, with the proliferation of providers and competition there was a bit of an arms race between the networks to create the most attractive packages.  For the consumer this often meant confusion and complexity when trying to understand which one was best for you what you might or might not use such a new product for.

This complexity was seen as an opportunity by a small number of people who turned this into a business proposition giving us the likes of Carphone Warehouse and Phones4U in the UK.  They acted as ‘independent’ brokers helping customers to understand which tariff was best for them.

Over recent years we have seen tariffs become increasingly transparent with names such as ‘simplicity’, where for a fixed monthly commitment you get bundled minutes, text, and data.  Suddenly you no longer needed a degree to choose a tariff.

With the roll out of 3G networks and smartphones we have seen a gradual shift to the next battleground ‘data’.  Whereas once you were offered unlimited data as a part of your package it is now capped and with the launch of the iPhone 5 last week, in the UK it has brought into focus a glimpse of the competitive positions of the future.  I’m afraid it is likely that you will not only require a degree to select a tariff but probably a PhD.

Why is this?  With the current 2G & 3G networks, at least in the UK, you only had to think about the tariff as all phones worked on all networks.  With the roll out of 4G, that will start to change in some respects.  In the UK, as in the US (with its competing GSM and CDMA technologies), the 4G network will be split across multiple frequency bands with Everything Everywhere (t-mobile + Orange) operating with one set of frequencies, Vodafone and O2 operating on another set (depending on what they win in the yet to be held auction) and Three using some ex-EE bandwidth.

What this means for consumers is that if you were to buy the much heralded LTE/4G iPhone 5 today, thinking that it would work on any new 4G network once rolled out then you are likely to be disappointed as it appears that it will only work in respect of 4G on EE and potentially Three.  On other networks it will only work at 3G speeds.

As consumers we are used to being shielded from the real complexity of mobile phone networks leaving us to just accept it as a pervasive service.  An exemplar, perhaps of what we should expect, however, with the move to 4G we are likely to have to understand more about the underpinning network technology as a part of our buying decision, leading to a resurgence in the brokerage offering.

Whilst this hasn’t been latched onto in the mainstream, it will become increasingly noticeable as EE ramps up its 4G launch and people begin to understand the new landscape.  With a couple of decisions in terms of hardware design and frequency usage the market has gone from competitive market to a quasi ‘monopoly’ in respect of 4G services.

This is unlikely to last too long as the regulator, who perhaps unwittingly was complicit to the creation of the ‘monopoly’ with its decision to allow EE to re-farm its existing frequencies, will move to accelerate the creation of competition again.  In the meantime, however, it’s interesting to note that if you want a new iPhone 5 then EE in the form of its current brands Orange and t-mobile probably aren’t the cheapest offerings.

From a business model perspective this example brings into perspective the power of ‘systems level thinking’ and the value that can be unlocked by positioning within an ecosystem.