Time to wake up and smell the coffee in terms of innovation? 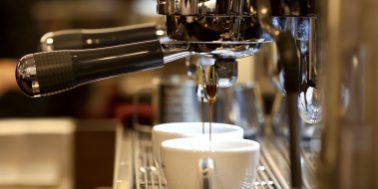 The Boothroyd Room in Portcullis House in Westminster was an emotive place yesterday.  It was the venue for the UK parliament’s, Public Accounts Committee, to interview on the record, leaders from Starbucks, Amazon, and Google on the taxation of multinational corporations.

Whilst this is obviously an emotive subject, the element of the discussion that I was surprised by, was around the fact that Starbucks spends $500m annually on tax-deductible areas such as R&D.  One of the committee members reportedly said “It’s a cup of coffee, it’s not an internal combustion engine.  I take your point about branding and advertising but the generic coffee-making process is not that difficult“.

What was being missed is that whilst the generic coffee-making process is not that difficult, in reality, within the price of a cup of coffee the actual cost of the coffee is a very small proportion and what customers actually pay for is a wider experience.

In this area, Starbucks, like their competitors have invested in, and continue to invest in, differentiation.  When you look at their track record it’s in areas where they were first movers, but we as consumers have quickly taken for granted:

In the modern business, innovation is about so much more than a scientist in a lab.  I’m sure that yesterday’s discussion was clouded by the emotion of the core issue of how much tax was being paid (or not paid), however, the reality of what is innovation in the modern world sadly seemed lost on some of the members of the Committee.

When you look at HMRC’s own figures, then in 2011-12, corporation tax accounted for 9% of the overall tax take, vs. 54% from personal taxes (Income Tax/Capital Gains Tax/National Insurance).  As one of the parliamentary inquisitors pointed out, many of the employees of the companies being questioned in the UK were likely on or around the minimum wage, a portion of the population that they are actively trying to remove from personal taxation.

Therefore, rather than lambasting three of the worlds most innovative companies (Amazon #2; Google #7; Starbucks #19  in The Worlds Most Innovative Companies – Forbes), the real way of dealing with the issue at hand is to find ways of encouraging companies to see UK as a great host to innovation.

As Google pointed out, their value is driven from their innovation and the vast majority of that is done in California. So we have to wake up and smell the coffee in this area.  We have to provide a flexible workforce with the right mindset and skillsets to help companies innovate.  We have to have a regulatory framework that encourages intellectual property to be generated, registered, and held here.  And we need to demonstrate that we value R&D and innovation in the widest sense rather than seeing it as a scientist in a lab.