Has the High Street Been Caught Napping? 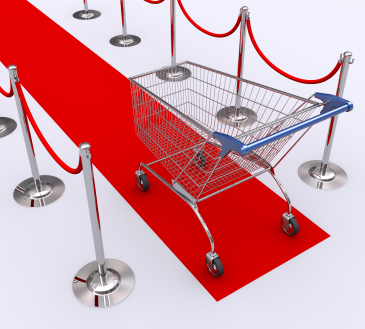 We would all acknowledge that the retail business model has changed massively over the last decade.  In the UK there have been a steady stream of casualties over the past couple of years and it is easy to blame the economic environment or the growth of online business model as the reason.  These are often contributing factors, however, for each casualty there is a success story.

Whilst the big trends towards online and multi-channel business models are obvious, there has been a sub-trend within this that is becoming increasingly overt.

In the beginning online retailers focused on high volume, easy to ship products where the consumer decision was usually made on price.  As the market matured online retailers expanded the range of offerings out into other product types and also leveraged online fulfilment in areas such as software, music, and films.  Increasingly, in  maturing market we are seeing some retailers becoming successful in clothing which traditionally has been an area where consumers like to physically test the size and feel the product.

Traditionally, where the high street had an advantage, was in the spontaneous nature of the order fulfilment.  You could make a decision and walk out of the store with the purchase there and then.  In making the decision would be weighing up the likely higher price in the store vs. the risks and hassle of going away ordering online and then waiting for delivery.

It is this issue of spontaneity that the progressive online retailers have been focussing on adapting their business models to deal with.

We are all probably aware of Amazon’s next day delivery and it’s prime service, which for a premium give next day delivery.  What we are increasingly seeing from Amazon is a significant increase in investment in the fulfilment area.  Firstly, to increase the channels through which consumers can take delivery of their purchases, and secondly, to reduce the cost of rapid fulfilment.

If you look at what Amazon did in the US alone last year: it purchased Kiva Systems which makes robots that allow for order-processing to be completed in 20 minutes; it announced 5+ new warehouses; and overall it increased spending on fulfilment by over 50% compared to the previous year (c. US$1.3bn in 2012).

We are also seeing an number of multi-channel players here in the UK and in other countries also moving to provide improved and new services in this area. Retailers such as Tesco and John Lewis are evolving the multi-channel business model,  allowing consumers to order one day and then collect from one of their stores the next day which allows for a much wider variety of products to be provided through their existing store network.  Many more are offering a click and collect service as well as the traditional click and deliver to the door mat.

This said, with the major online retailers having been putting significant investment in closing the gap between price and spontaneity fulfilment,  the high street will need to up its game further.  It will need to think hard about how it evolves its business model in order to maintain its differentiator.  For the smaller players, just trying to catch up is unlikely to be enough.  They will need to consider enhancing other aspects of their business model with the human and social elements, and the overall shopping environment and experience becoming increasingly important.