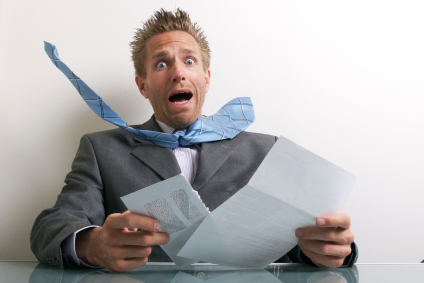 It’s not a trick question.  I have read a number of articles over the past week about the issue of mobile phone business model and the underpinning contracts.  In particular ability that the UK providers have written into their T&Cs for them to adjust (read increase) charges during the initial period of the contract.

Almost all of us have atleast one mobile device these days, yet how many of us read the almost T&Cs when we sign up?  Not enough of us it would seem.  The number of complaints to the UK regulator, Ofcom, has been increasing in relation to the changes in charges during the initial period.

Most tariffs these days come with a minimum commitment period, however, it would appear that this commitment is somewhat one sided leaving operators able to vary the prices during this period.  When this happens the consumer has little option but to continue paying the new rate, which only ever seems to be higher.

Ofcom has been looking at this and it has been interesting to see the response of the major operators who in the main seem to be keen to defend this approach using a number of rather interesting logic, such as their costs vary during the period, the cost of the phones are subsidised and amortised over the period,  and that notifying consumers of changes would lead to a deluge of text messages.

Interestingly, one operator, has perhaps seen the future and broken from the pack and rather than try and defend the perhaps indefensible they have proposed a solution.  Their suggested solution is that the portion of the charges that the operators could reasonably have control over should be fixed (or if they are varied then the consumer could have walk away rights), whereas the services that they buy wholesale, such as premium rate numbers, could be varied.

As a number of global companies have found creating blatantly one sided T&Cs can back fire in terms of reputational risk.  It does seem that the main providers may be wanting to ‘have their cake and eat it’ as after all if you commit to a 24 month contract which includes a new phone, then it would be reasonable to assume that this has been amortised over the 24 months.  To date, however, I haven’t seen an tariff that automatically reduces at the 24 month point, and therefore you continue to pay for something that is fully paid off until you notice or upgrade.

With communications services becoming increasingly complex and multi-channel if the operators are to truly leverage their position then they will need to ensure that they carry the trust of their customers, and a good place to start would be some transparent and balanced T&Cs rather that the impenetrable jungle that they all are today.