Subscription Based Business Models for Software – have we reached a tipping point? 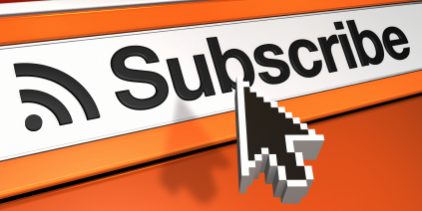 Back in October 2012 I wrote an article titled “Software by the Month – A better proposition than your gym membership?” in which I highlighted the increasing trend towards subscription based business models in terms of software licensing.  In the article I investigated the opportunities for software publishers and users alike that the model could open up.

This week we saw one of the big players in the software market, Adobe, say that in relation to its high end Creative Suite products the current CS6 version will be the last one offered on a traditional perpetual licence model  All future versions will be under the Creative Cloud brand which is available monthly subscription based business models.

Subsequent to the announcement there have been many digital column inches given over to the decision and the impacts (positive and negative) to users, however, what this does show is, as I wrote a week or so ago in my article titled “Can you prototype a contract? – do we have the right contracting skills?“, the power of prototyping from a business model perspective.

Over the past months Adobe has been offering the Creative Cloud and Creative Suite solutions in parallel and this had given them an insight into the challenges and market adoption of the subscription based business models.  They admit that for them to move to monthly subscription based business models they will have to adjust a number of things including: their relationship with re-sellers; the performance metrics that they use to manage their business; and the way in which they innovate new features.  By using prototyping they will have understood these issues better and therefore be closer to success.

Whilst some of the other players in this space, who are also trialing subscription based business models have expressed a view that Adobe have moved too early, the fact that they have already signed up about 12.8m users for the Creative Cloud offering vs. 5.6m Creative Suite licences potentially shows otherwise.

In this respect the adoption appears to have been quicker than anyone had assumed, however, is this a trend that others in the market should take note of?  Well likely yes, Adobe have been preparing for this change in business model for a time, however, many of the other larger players will find themselves behind the power curve and lacking the skills, and tools to move their business models quickly.

Even with this edge Adobe has much ground to still cover in converting to a robust and sustainable subscription based business model as, for example, whilst the cost of adoption for a user has been reduced, equally the cost of exit, should Adobe not deliver in terms of performance or innovation, is equally lower and this is something that Adobe and other subscription based providers will also have to watch.  They will have to move their organisations to being focused on continuous customer service and continuous innovation which may be a real challenge.

In summary, it’s likely that this sector has reached a tipping point and we will likely look back and see Adobe as one who led the way in terms of subscription based business models in this area, however, the tipping point in no way the end of the journey in creating subscription based business models as being sustainably successful for all players.