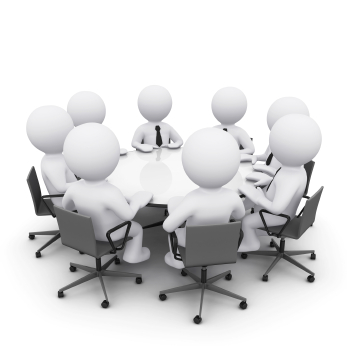 We’re increasingly used to seeing articles in the press about the importance of cyber security.  Thanks in part to some high profile cases, company boards are slowly waking up to the issue as a topic that they have to be involved in.  However, a recent FT survey showed that only 3 in 20 said the board looked at cyber threats on a regular basis.

Directors are, after all, trustees of their company’s assets and responsible for managing the company for the benefit of the members.  Failure to do so can have major implications for both their company and the directors personally.

Increasingly, the assets of a company are less about tangible assets.  Increasingly, the balance is tilting towards intangible assets such as IP, other knowledge, and contracts.  I’m sure that if asked most directors would argue that they discharge their responsibilities as ‘trustees of the company’s assets’ in these more intangible areas through a regular review of the corporate risk register or equivalent.  As the risks in this area increase in terms of materiality, is this enough?

Like cyber security, there have been some recent high profile cases where poor contract management and delivery were potentially contributors to costly issues.  Such incidents have the potential to lead not only to financial claims, but also reputational impact and potential legal proceedings.  Yet despite this how many boards or directors would be able to articulate their company’s position on their top 3 contracts, or on a portfolio basis across their company’s contracts?

This isn’t just an issue of risks but also of opportunity.  Contracts are a blend of obligations, but also rights.  It is after all, in technical terms, the difference between the rights and obligations that is the value of the contract.  Often, however, companies fail to use their hard negotiated rights fully but fairly to mitigate opportunities or issues that arise for example.

IACCM, through its research has highlighted that the potential leakage through contract management issues averages 9.2% of annual revenue for companies.  Even if companies could move from the average to the best performing sectors then there is the potential to reduce this to nearer 4%.

Whilst raising the contract management competency to deliver such an improvement would require a reallocation or investment in terms of resourcing, for such a material opportunity the case has to be a strong one.  Increasingly, a robust and coherent approach to contract management will be a pre-requisite to winning and delivering business in a way that delights the client and maximises value for all parties.

Those companies that move fastest in this area stand a good chance of turning what has perhaps traditionally been seen as a cost centre into a key element of delivery and value creation.