Innovation that’s music to our ears – commercial innovation in reality 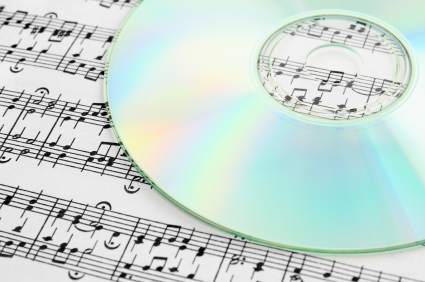 One industry that isn’t a stranger to commercial innovation is the music industry.  Taking recording formats as an example, since the late 19th century there have been several waves of advancement, including:

More recently we have seen the growth in formats and technologies that have been enabled by the wide adoption of the internet.  These include:

Firstly, by bringing the artist closer to the fan they allow artists to exert greater control over the listeners’ experience.  A good example of this was the release of Beyonce’s latest ‘album’ last week.  It was released without any pre-warning, exclusively for a period in a digital format, with promotion in partnership with a social networking site.  In addition the music can only be bought as a full ‘album’ including immersive content such as videos, driving a premium price compared to other recent releases.  All in all it could be said that the approach uses and is testing multiple layers of commercial innovation.

The result.  In the first three days it sold almost 830,000 copies, making it the fastest ever selling album on iTunes.  Whilst this isn’t necessarily the death of the traditional approaches it does demonstrate the potential of the commercial innovations used.  It will also provide the likes of iTunes and Facebook with a wealth of information about the release, for example of the 830,000 downloads, 617,000 were in the US.

The second area of commercial innovation relates to the way that we purchase and access music.  With physical formats and the early download services we purchased a track or album and received a local copy of the content in either a physical or digital form.

Increasing numbers of people, however, are turning to internet radio or music streaming services.  Both approaches require a combination of increased access to high speed ‘always accessible’ internet connections, and a different type of contractual relationship with the content providers, the big music publishers.  With the agreements in place with content providers, which was in itself no mean feat, we are seeing the increased adoption being correlated to ability to access high quality mobile data services.

And what is the benefit of all this innovation?  Well, at the national level, if you take the report published this week by UK Music, the industry body representing the UK music industry, then it is, both directly and indirectly, considerable.  Using data from the Office for National Statistics, they reveal that the music industry contributed £3.5bn in gross value add in 2012, £1.4bn in exports, and employed almost 102,000 people full-time.

This is significant to the UK economy but as with many industries the UK is playing on a global stage, and therefore ensuring that we innovate at a global level, and that global innovations are fully embraced, and leveraged is key to ensuring that the value add is sustainable.

The music industry is able to provide some great examples of blending various types of both product and commercial innovation which can be used to provide inspiration and evidence of both success and failure for other sectors.