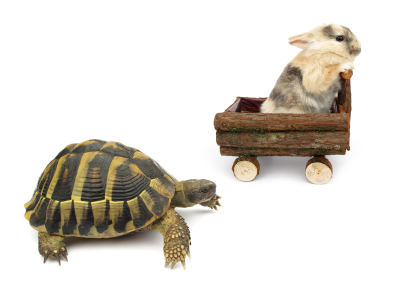 In my last post I commented on the consolidation of mobile phone networks in the UK and left a number of questions open at the end of the post.  One of the questions related to whether users would over time be willing to pay a premium for higher quality distribution of content, thereby allowing the mobile providers of today to offer differentiation by bundling content with delivery.

In the wider world we are surrounded by, and accept distribution based business models that differentiate through speed or quality of delivery:

The above are but a few that we encounter on a daily basis, however, when it comes to data distribution the models deployed to date are relatively basic and based on bandwidth or volume of usage.  This is probably not too surprising when you look at the evolution of the market, modern data distribution has  evolved from voice based communication models which were obviously real time.  As consumers we have set our expectation that data delivery runs on the same real time model and to date very few if any suppliers have challenged this paradigm.

So, could this be about to change, and if so how?

We have grown up with the understanding and expectation that the internet works on a principle of net neutrality.  Subconsciously we have probably assumed this carries over into the world of the private or ‘paid for’ networks  that sit around the internet and either deliver content onto it or link our various devices to it.

Whilst I’m sure the hot debate around net neutrality will continue, it is possible that more savvy operators will start to try and differentiate offerings around the periphery of the internet.

The above are merely examples, however, I’m sure that providers are considering the same issues.  What is almost certain is that the technologies that would enable such differentiation are available or being developed.  The real challenge is that, whilst net neutrality may still reign in the internet, the content providers and the companies who we pay to connect our devices to the internet will need to come together to create aligned propositions.

In effect some of the major players have gone part way to this by providing the devices and the content. In this model, however, it is in their interest to provide as much rich content as quickly as possible, which isn’t always in the interests of the network providers.

As bandwidth moves from being an unlimited commodity, as it was perhaps in the early days of 3G, to being one where demand exceeds supply and it has to be rationed, then new business models that better balance the value chain will become imperative for all involved.

Maybe the person, who will make most value from this will be the person who creates the perfect compression algorithm?