Software by the Month – A better proposition than your gym membership? 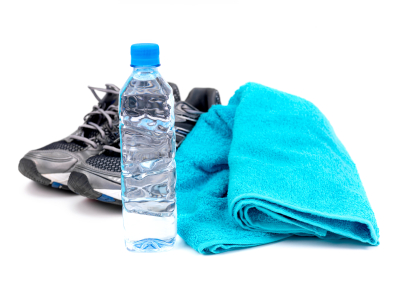 When we think of subscriptions we usually think of magazines and health clubs.

From a business model perspective they both operate a similar model where we agree to commit to pay a periodic fee for a period of time in return for access to an often perishable service or product.

When we dig beneath the surface of the business model and look at what we are buying we start to see that there is a difference.  If we take a health club, we are buying access to a ‘collectively exclusive’ use of a relatively high cost asset.  Once we have joined then there is very little change in the offering month to month.

Taking the other example, of a magazine subscription, here there is a lower capital investment in the creation of the underpinning assets, however, what we buy into here is access to an ever-changing and up to date source of information or entertainment.

In both of these models the seller has managed to convince customers that they should commit to a membership for a minimum period of time rather than just buying it as and when they need it.  In return they get an economic or other benefit.

Whilst traditionally subscriptions used in limited sectors with increasing market turbulence and evolution of technologies we are seeing an increasing trend for organisations to offer subscription based offerings.

There are many benefits from such an approach, including, longer term customer commitment and loyalty; potentially higher margins over the longer term, and the ability to create a core of revenue stability.

There are of course potential downsides such as reduced margins if a discount is offered, the need to assess the ability of the customers to pay over the subscription period, and customer perceptions if their expectations aren’t met over time.

With the launch of the next iteration of the Office suite of IT tools we will see Microsoft move heavily behind the subscription model, incentivizing customers to pay a monthly fee for access to the software.  They’re far from the first to take this approach and we have recently seen Adobe move to this model for their latest releases.

Whilst on the surface of it the move to subscriptions is linked to the ability of technology to allow them, there are a number of other potential reasons.  With traditional models, sellers were incentivized to release a new version on a regular basis as each new version generated a spike of revenue.  New versions needed new features, however, people have gradually been catching on to the fact that despite the claim of new features, in reality how many users do anything more than use the same, relatively small group, of functions.  It has become more difficult to keep the drum beat of real new features running.

Moving to a subscription model potentially drives different supplier behaviours.  To keep people paying their subscription they will likely have offer smaller improvements but more regularly.  Such an approach is more suited to perhaps a phase of the product life-cycle where there is relative maturity.

Taking the subscription based approach will potentially also allow a seller such as Microsoft to create the Office Suite as a hub within an ecosystem, where future upgrades will allow for cross-platform functionality, or better interfaces with other tools, or potentially the sale of content packages such as rich media, templates, storage, etc..

It will be interesting to see whether and how quickly users move to the new model, which may be driven by the speed with which Microsoft creates a new ecosystem.  One thing’s for sure for many people buying their software by the month may be a better proposition than their gym membership!