Passion vs. Objectiveness – Is there a role for emotion in business? 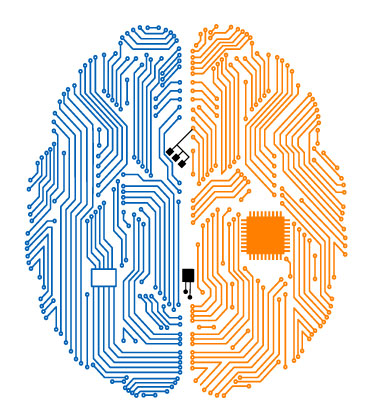 As Apple fans the world over waited for the release of the iPhone 5 last month the focus was really on the hardware as most of the new features of the next release of the iOS6 operating system had been publicized already.  In general there have been no real issues with the new hardware this time round, yet a month or so on, iOS6 has come in for stick in relation to the new maps app which replaced Google maps, the removal of the YouTube app, and the Passbook app which seems to have no real use for most users at launch.

Apple is no stranger to the performance issues with their new products after the antenna issue with the iPhone 4  however, this time the issues are potentially of Apple’s own making with the removal of Google’s map and YouTube apps being linked to the underlying friction between the two companies about whether one has copied the other’s ideas.

The deal with Google to use their mapping technology still had a year to run which would have been enough time to ensure the full development and quality of the new Apple alternative, however, they chose to rush out their new mapping and have since been forced to issue a CEO apology relating to the quality.

This piece isn’t really about Apple and their products but more looking at the role of emotion in business.

Firms such as Apple are always under pressure to invent new products and services.  Invention by its very nature is a creative process that requires imagination, vision, and usually a significant dose of passion.  Emotion is therefore key to invention itself but also the selling of the vision to the wider community.

As you move an invention through the innovation life-cycle developing it from an idea to a concept and eventually to commercialized and monetized solution, increasingly there is a need for objectiveness to be brought to bear.  Objectiveness is required to understand the market size, the realities of production, and the likely take up among other issues.

This overlay of objectivity, onto the passion used to create the invention, creates a tension which if not actively managed and balanced can be destructive from a value perspective.  And is arguably the biggest killer of inventions.  Of course the inventors will say that their ideas were killed by the over objective business people/innovators, and the innovators will say that the invention was not capable of commercialization.

One of the key attributes of a successful innovator or entrepreneur is the ability to regulate and balance passion and objectivity within teams and organisations in order to bring both of their strengths to bear at appropriate times.

In the case of the Apple example it is arguably the balance of passion and objectivity that has become imbalanced and perhaps allowed them to make flawed business decisions which have ultimately resulted in negative customer impacts.

Passion is a powerful force and drives most successful organisations, however, unbalanced it can easily go from a positive force to a destructive force.