It takes effort, skill, and investment to be a hub 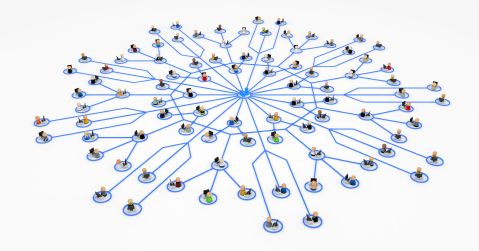 When we think of Facebook we often think of it as a social networking site.  Yesterday, for a period of time, people trying to log into other, 3rd party, sites which use their Facebook account for authentication were redirected to an error page.

At this point it became clear to them that services such as Facebook and Twitter have become much more that just social networking sites.  In the race for global domination, many players in this space have a strategy of creating an ecosystem that revolves around them as the hub.  The success of their business model is ultimately tied to volumes of users, and the digital footfall of those users.  This has led them to ‘open up’ their authentication services to other sites.

For the user, the benefits are that they need to remember less passwords, and they have come to largely trust Facebook et al with their security.  From the other side it allows the hub to follow what the users are doing in order to ‘curate their life’ which is a valuable commodity to advertisers.

In taking this approach they have quietly built ecosystems with them at the hub or as the keystone.  However, as people such as the Food Standards Agency, O2, Blackberry, and others have found in the recent past, the hub position is one that has significant rewards, however, it isn’t without significant risks.

If for any reason the hub fails in a way that destabilises the ecosystem then it can have catastrophic effects.  Deep trust can take years to build, and seconds to lose.

In this increasingly networked world of services and products, companies clearly see the opportunity of being the hub, however, how many of them have truly invested in the skills, and capabilities that are required to sustain such a position?

A hub has to: be robust yet flexible; considered yet agile; active yet in the background.  These are all balances and trade-offs that have to be taken in a multi-dimensional, dynamic way and constantly through time.

Whilst the examples that we have seen are largely the result of technical failures, what is shows is that to play such a pivotal role the hub has to be robust in terms not only of the technology, but of their processes/policies/practices, their information flows, communications, and their connections to the rest of the ecosystem and the users.

Shocks will happen to ecosystems, however, the level of impact is will be driven by how well the keystone player rebalances the ecosystem to counter the shock.  Get this wrong and it can be catastrophic for the ecosystem, get it right and the past investment can pale into insignificance.