Has Blackberry created a new recipe that includes less Apple? 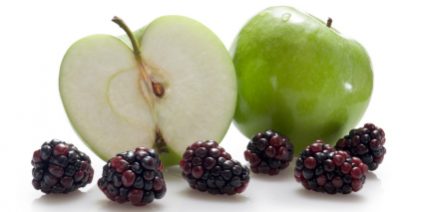 Some had said that the release of the new Blackberry 10 device and OS was its last chance.  There was certainly a lot riding on it.  Since Blackberry’s high point in terms of innovative poster child, other players, notably Apple, have taken that crown.

Apple in particular, from its consumer roots, has created some revolutionary devices and functionality.  It has in more recent times seemed to have been trying to lose its crown through some major own goals, including: the buggy iOS6, the dysfunctional Apple maps, and the clumsy approach to 4G with multiple device types globally.  This said where Apple has been better than the rest, is in deploying a wider portfolio of commercial innovation.  They have embedded the devices into their ecosystem, getting users invested in terms of apps, content, and accessories.  In doing this they have created a ‘transfer cost’ to users of moving to another platform.

So the challenge for Blackberry is significant in terms of slowing or stopping their competitors march.  Having looked at new Blackberry releases yesterday, it would be easy to see them as ‘me too’ devices.  In terms of the hardware they seem to have created something that will appeal to users in terms of aesthetics and functionality.  If you look at the operating system, they also seem to have created something that is in the same zone as their competitors.  Neither of these would be enough to overcome the ‘transfer cost’ though.

Where Blackberry has been clever, is in terms of truly understanding its existing customer base of c.80m users, and using this to build a reason for them to stay.

Blackberry’s roots are in the business world and it hasn’t forgotten this.  One of the biggest challenges that Apple has had in getting enterprise adoption has been around security.  Data protection is an increasing challenge for organisations both in terms of external threats and also internal threats.

Blackberry has, in creating a device that can segregate the user’s personal world from their business world it allows for differential policies to be adopted, has created a real differentiator.

Network segregation is likely to become a growing trend over the coming years, for example, when you perform on-line banking, this is increasingly likely to be in a segregated zone.  Key to this trend will be the devices that we use and their ability to robustly support such segregation.  In this area Blackberry has stolen a march on its rivals and therefore likely bought itself time.

What will be interesting is how it uses this time to develop its own ecosystem of commercial innovation in order to win back market share over and above its core business users.