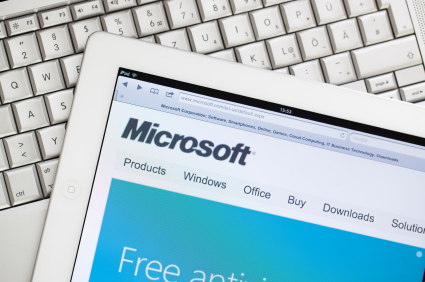 In an interview for CBS’ ’60 Minutes’ program, Bill Gates talked about his relationship with Steve Jobs.  In it he talks about tablets, “We did tablets – lots of tablet – well before Apple did” he states, before conceding “they put the pieces together in a different way that succeeded.”  In the world of tablets, Apple remains the king and continues to reap the benefits of getting it right.  They have created a whole that is greater than the sum of the parts.

In a recent presentation on future business models I highlighted the importance of relationships.  Increasingly, as Bill Gates highlights, we often all have access to broadly similar, if not the same, resources and opportunities, however, only a few will create success from them.  Competitive advantage increasingly comes, not from the resources, but from how we bring them together and therefore relationships are critical.

We live in a world where even the humble cup of coffee has a cross-border, multi-tier supply chain and where pretty much everything sits within a network, made up of relationships, some bi-lateral, but more often than not inter-related in some way.

Successful organisations are increasingly recognising the importance of both networks and relationships, and the progressive ones are investing in the skillsets and toolsets required to leverage them.

These progressive organisations understand the power and fragility of networks – the power when the relationships are strong, but the risks and impacts when a relationship breaks,  the wrong one is put in place, or the strength perhaps restricts flexibility.

They understand that when you unpack networks they are made up of individual relationships, and when you unpack the relationships they are made up of both ‘nodes’ and ‘links’.  They understand that both of these elements are important and increasingly there are multiple, complex options, for example, nodes are not just human related, but importantly include non-human nodes such as ‘machines’, sensors, datasets, or components.

In summary relationships and networks underpin pretty much everything, and are fundamental to creating success.  So in the case of Apple vs. Microsoft (and the rest of the pack it has to be said) it could be argued that whilst Microsoft et al were creating devices, Apple was creating relationships.  It is this fundamental difference that has created the clear blue water and it is the relationship between the user and the device that is the core of their success.

At the moment, whilst most contracting professionals and their organisations acknowledge and talk about the importance of relationships and networks, very few are converting the rhetoric into reality and investing in changing their mindset, and  building the skillsets and toolsets that will underpin it.  Those progressive organisations that have made the move therefore continue to put clear blue water between themselves and ‘the pack’ creating the potential for competitive advantage into the future through commercial innovation.