Commercial Agility vs. Novelty – the role of commercial innovation 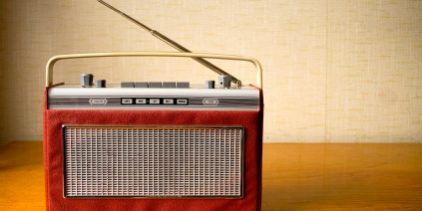 One of the key battlegrounds between Google and Apple over the next few months will be in the area of music streaming.  The companies are likely to take subtly different approaches in terms of service offering and business model.

Google’s recently launched ‘Play Music All Access’ is a subscription based service similar to Spotify and which allows subscribers to listen to as much music as they want and in a sequence selected by the user.

Apple’s rumoured ‘iRadio’ service, whilst being a subscription based model will likely be a hybrid of a more traditional radio station (such as the Pandora service) where music is streamed based on an algorithm driven basis and selected by the provider.  It’s likely that Apple will look to give users more control over skipping, rewinding, etc.. than some of the other players and potentially overlay other service innovations.

Whilst there are a number of existing players, such as Spotify, Last.fm, Rdio, and Pandora, who have tested and grown the market, the music industry has been waiting for some of the big beasts of the industry to wade in to hopefully make it more mainstream.  On the face of it Google appear to have beaten Apple to market, however, this is potentially a long game.

Google’s agility was partly because they chose a business model that was relatively tried and tested and based on the legal and economic framework successfully put in place by the likes of Spotify.  In addition it’s rumoured that Google were willing to sweeten the economic framework by offering to pay advances which lubricated the licensing negotiations with the record labels.

On the other hand Apple’s negotiations appear to be proceeding slower due to some of the complexities that come from the service model chosen and it’s implications on the economic framework.  For example, if users don’t like the music selected for them, and they skip to the next track, then is, or at what point, a royalty paid, and at what level?  With some existing services the user is limited to how many skips they can do per day, however, in order to innovate the service business model Apple likely wants more flexibility than this.  As a result the negotiations, atleast with some of the record labels, are more complex and challenging.

It’s interesting to see the differing approaches.  In this area of their business portfolio Google have chosen to act as a ‘fast follower’, albeit some would argue not so fast.  They have ridden on an existing economic and legal framework, giving commercial agility, and minimised the time to market.

Apple on the other hand have chosen to invest in a different business model which likely leverages better other parts of their portfolio such as Genius, and iTunes, but at the cost of speed to market.

Only time will tell as to whether Apple’s upfront investment in commercial innovation through the service and business model will deliver a better outcome,  however, Apple do have a track record of leveraging their ecosystem to capture a disproportionate piece of the value pie.