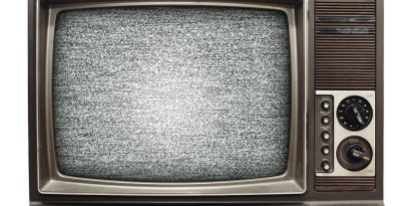 With the launch of the Google TV service in the UK imminent there are many views and opinions of the Google offering from a technology and functionality perspective.  Many of them speculate how it’s rival, Apple, must now be racing to release its own TV offering.  What is really interesting is that Apple has had its own Apple TV in the market place for a number of years and therefore it is Google that is racing to keep up and ensure that it has some ‘hardware in the loop’.

Over the past decade with the growth of cable, satellite, digital terrestrial and the internet we have seen a move to a multi-channel model for the distribution of content and a large number of the population are used to having some form of decoding box.  The real importance of having hardware in the loop from a business model perspective is the ability to provide  as yet largely untapped services into the viewing experience.  It would appear that today, a lot of the Google business proposition is based upon allowing people to access the internet through their TVs, however, many people who have a modern digital TV can probably do this already with a cable and a computer or a tablet, so what will be the incentive to lay out another £200?

The real opportunity at play is not about giving people access to yet more content through yet more channels, it is likely to become quite the opposite.  Watching TV used to be about entertainment and education, people would turn to their TV to relax.  A part of this was the routine of a schedule of viewing that helped reduce choice.  What we often see now is that people sit down to watch an hour’s TV and then find themselves spending 15 minutes deciding what to view, programming their set top box to access it and then at the end of it finding that because of the nature of on demand TV that the picture they get has been compressed to with an inch of its life giving a quality more suitable for the 12″ TV of the 80’s.

The real battle is therefore likely to be to help viewers cut through the almost infinite choice to find quality content that matches what they want to view, and done in a simple way where the technology is ‘invisible’.  Today, none of the solutions on offer achieves this across all areas, each of the solutions seems to have strengths and weaknesses and while this is the case the market will remain the preserve of early adopters.

Having played in the TV space as a ‘hobby’ for a number of years Apple knows this and is therefore likely working on a truly breakthrough innovation that when we look back in 5 years we will see has changed the way that we view TV.  This is the real race between Apple, Google and the other existing players in the market such as VirginMedia, BT and Sky.  As I mentioned in my previous blog on “the role of timing in innovation” the offering is merely one component in success and it is likely that the competitors are really focusing on the non-hardware elements of their offerings such as:

It is step change innovation such as these that would revolutionise the way that we select, watch and interact with TV, but without some hardware in the loop the challenge is significantly harder for the players to create and control the direction of development and which is what they are all playing for in the multi-channel gold rush.