How well do you know your supply chain?

You are here:
Commercial AgilityFunctional Innovation 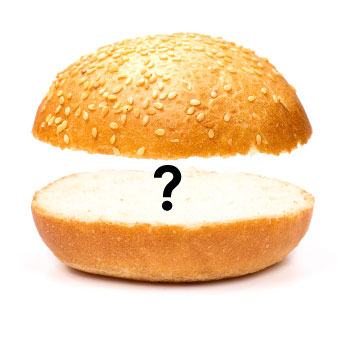 As I have written before (“Supply Chain Shocks – A Risk or an Opportunity?“), in today’s connected world, companies can no longer just focus on the layers of the supply chain that directly contract with if they truly want to guard their own success.  They need to understand the second, third, and further tiers, such that when some kind of shock happens to it they can react quickly and effectively.

In recent days the Irish food standards regulator has found up to 29% horse meat in beef burgers sold through some of the well known supermarket chains in both UK and Ireland.

Whereas a few years ago we would perhaps buy meat from our local butcher who would have bought it from a national or local supplier, with the drive for cheaper food we as consumers have become accepting of cross border supply chains that have many more ‘food miles’ involved.  In these extended chains we place a reliance on the supermarkets, product producers, processors, and farmers to all work to high standards, set by and enforced through the various regulators.

This ecosystem is well documented and from the outside gives the perception of being strong and robust.  Yet, since this issue arising, each layer in the supply chain seems to have pointed the finger at the one prior to it in the chain saying that they were relying on their supplier to ensure that the products were as specified.

In today’s world where communications affords us a level of transparency that has not been there in prior generations, we already know the details of the products, supermarkets, and suppliers that have been implicated.  However, almost a week on from the story breaking there is still uncertainty as to how wide the issue is and therefore in the eyes of the consumer other processed meat products are also tainted with the same risk.

Once the dust has settled, the regulators are unlikely to be able to hand out more than a soft slap on the wrist in the form of small fines, however, the real damage has been done already in that all of those involved have lost the consumers’ trust.  For some companies, such a reputational impact could result in catastrophic consequences.

There will always be a risk of rogue operators within something as complex as the food chain, however, could there have been a different outcome?

Well, yes.  As I mention above and in my previous post, you cannot mitigate all potential risks, however, you can invest in being able to react quickly and effectively when something does happen.  Had there perhaps been a greater investment in this, then it is possible that within a couple of days it would have been possible to confirm the source of the issue, that it had been contained and identify all products affected, and equally those that weren’t.

On this occasion the supply chain seems to have been asleep on duty.  It’s equally possible that with a more hands on approach to supply chain management the issue would have been identified by one of the links in the supply chain rather than an outside regulator, who will usually be a final level of security.

All in all not a good advert for supply chain management, however, it does highlight its importance and underscore the recent research by IACCM in the area of the return on investment for improved contract management.  This highlighted that the average impact to the bottom line of weakness in contract management or commercial assurance is 9.15%.  On this occasion, it is likely that this single event of non-adherence to the contractual specification will contribute heavily to this for those involved.